It is still a work in progress but you can download it and try.

All source is avaliable on GitLab. 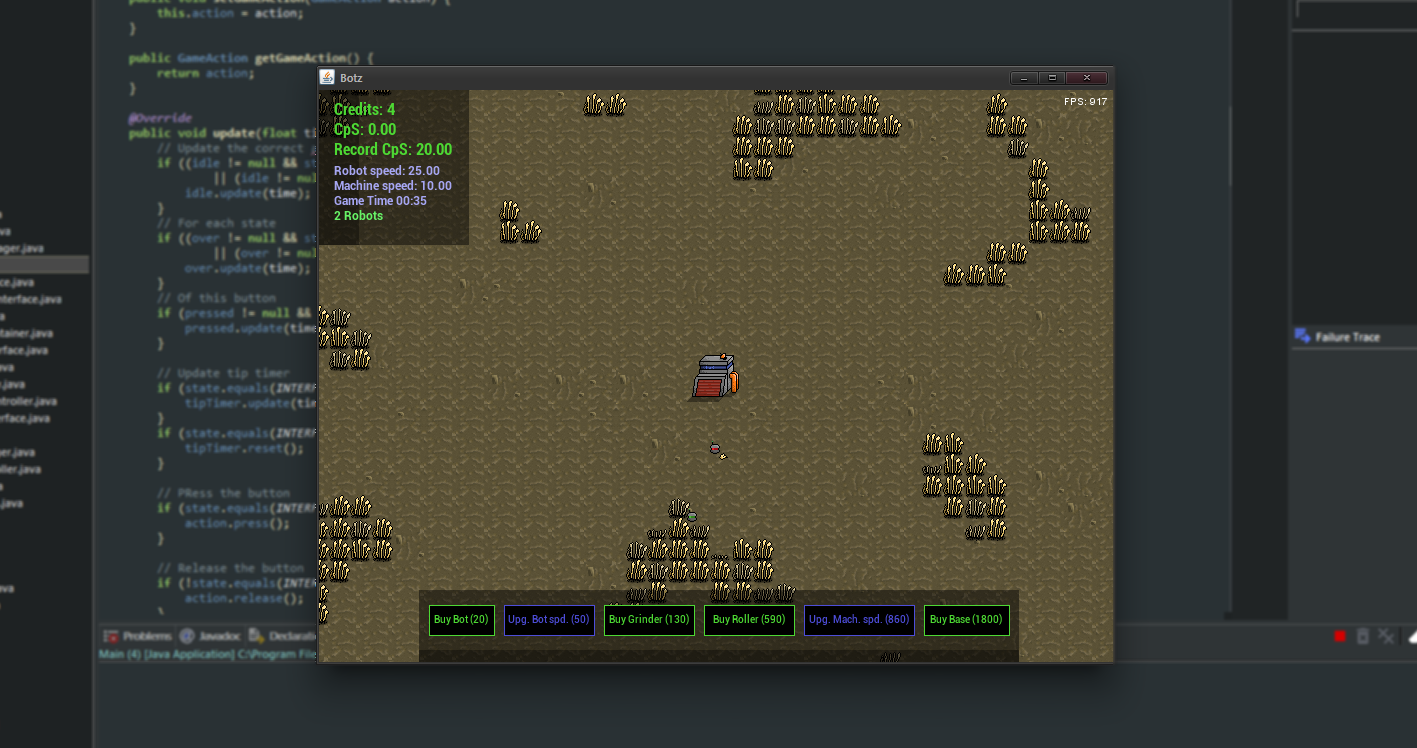 This was a fun project I did for my Computer Graphics course. I had a month to make a 2D game using no libraries, only pure java. I was able to reuse some old code that I had (past engines I made in pure java) to handle all the rendering and UI. This gave me enough time to focus on gameplay programming.

It is a game where you have to explore the resources of a remote planet by building automated robots, processing facilites and upgrading things. You have a main base, build and upgrade commands, and nothing else. Its up to you to solve the problems that arise with many robots and high speeds.

This first iteration of the game was created for the course and later expanded during a self-adapativity class. In no way this is final. I’m planning a remake using a propper engine and adding multiplayer. The game currently has the following features: